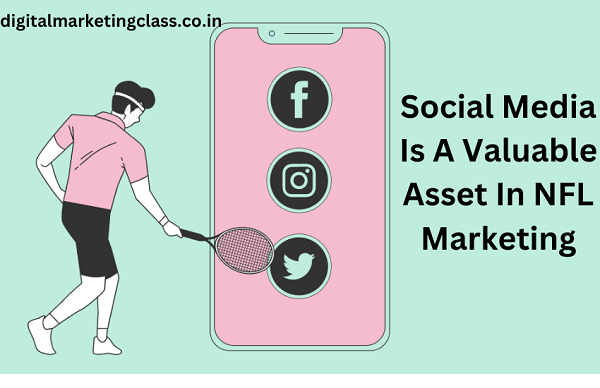 Social Media Is A Valuable Asset In NFL Marketing

The merchandise of the NFL teams has an ally for its sales. Social media platforms such as Instagram and Facebook allow fans to consume information, including on how to make a Super Bowl bet, while becoming potential buyers with just a few clicks.

The immediate access to information and consumers’ thirst for knowledge led the league to establish the NFL Social Lab. Since then, they have dedicated themselves to specializing in the NFL’s social media channels, with video content, graphics, and other strategic publications that please fans. This is leading to even more engagement but requires the use of certain strategies to be effective.

Recently, NFL teams went one step further with Instagram to promote new merchandise during the playoffs. Since the launch of Instagram Shopping in 2017, the social media app has worked with the NBA and NFL to increase retail sales using the service. It has also undergone multiple updates, including the Instagram Stories tool.

Teams like the San Francisco 49ers, often a favorite in Super Bowl betting, have already seen spikes in online sales and referral traffic, respectively, thanks to individual partnerships with Instagram. Regarding consumer behavior, the Instagram tool registers massive purchases of official products in the regular season, and during the postseason, the demand only increases depending on how the teams advance toward the title.

As part of the user experience, fans on Instagram Shopping use product tags in individual posts shared by sportswear companies. These direct them to the team’s online store to complete purchases.

According to Meghan Ryan, the 49ers’ director of digital and social media, photos of players wearing championship gear were shared on Instagram and Facebook this season as part of the team’s purchased social advertising.

The most popular item among fans so far is the division championship hat worn by the players in the locker room when they defeated the Seattle Seahawks on December 29. The commemorative hats sold out just hours after they were released, he said.

San Francisco in the playoffs represents 10% of total sales made by Fanatics since the team clinched the NFC West. The club’s merchandise was marketed on Instagram Shopping.

However, 49ers championship merchandise is still available to consumers at Fanatics and 49ers.com. The 49ers also continue to promote the new product line organically, using an email marketing strategy.

Packers Get In On The Game

The Green Bay Packers are also using Instagram to increase their sales by capitalizing on the excitement generated by a successful season on the field. Hats and T-shirts bearing the trademark “The North Is Not Enough” were promoted through website advertisements and email marketing campaigns.

The Packers, who often rank high in the odds to win the Super Bowl, used IG Shopping to tag products in photos, which link directly to their official online store. According to the team, referral traffic has accounted for 68% of the Packers’ total sales thus far.

Read More:   The Importance of Using Google My Business for Small Business Owners

The NBA has made extensive use of the app, producing a 22-minute live show from its New York City flagship store, showcasing merchandise for sale. The Los Angeles Clippers promoted jersey drops for Kawhi Leonard and Paul George last summer on Instagram Shopping. The move generated 40% of the total traffic to the team’s online store on the first day the jerseys became available.

“Instagram is the new digital storefront for retailers, a place where people can discover and shop from brands, all while meeting with friends,” said a spokesperson for Facebook, Instagram’s parent company.

Studies show that up to 90% of people follow a business on Instagram. In addition, over 130 million people rely on product tags in posts related to shopping each month. Therefore, sports leagues and teams are investing to make the shopping experience easy and simple on both sides – equally for the consumer and for the brand.