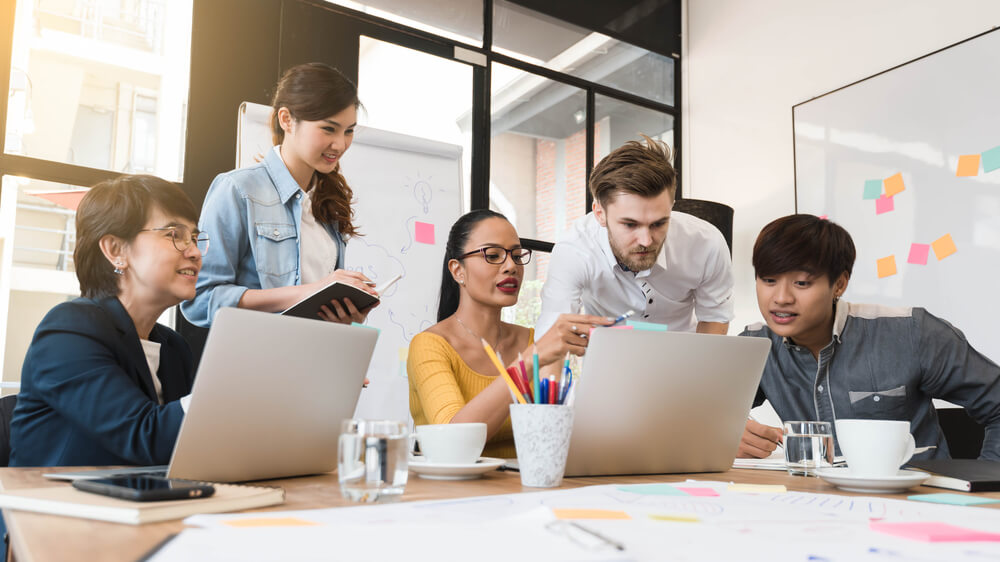 Marketing Mistakes: Learn About Some Of The Campaigns That Were Not Successful

Marketing mistakes – Learn about some of the campaigns that were unsuccessful Advertising or marketing campaigns have the power to enhance a brand and lead it to success. Or also the opposite and that they are a failure and destroy the reputation of a company. It is very important for companies to be careful about the messages they give to their communities and how these can be interpreted in today’s world.

In the following blog we will take you on a tour of some of the marketing campaigns that did not achieve their objectives, were pointed out by people and became an example of what not to do in the world of advertising.

What is an advertising campaign?

Before delving into exactly how these campaigns work and what is the impact they have on the reputation of brands, you have to explain the basics first. An advertising campaign is known as a marketing strategy that aims to promote a product, brand or service.

These strategies are made up of various ideas that are organized in a marketing document or brief and then translated into an advertisement. Advertising campaigns have the particularity that they can be created and distributed in any type of format. Some of the most common are audio, video and / or image via television, radio, internet, billboards, magazines, newspapers, etc.

Difference between advertising and propaganda

It is common that many people tend to confuse both terms. However, both types of strategies are not related and are not similar. When we speak of propaganda we refer to those campaigns that have the objective of disseminating and reproducing. Its main function is to spread a system of beliefs and characteristic ideas, to sow an ideology in people’s heads. A common example of propaganda is the campaigns that politicians or governments carry out in order to establish an idea in the mind of a specific group and thus change the reality of that group.

On the other hand, advertising is more associated with direct marketing since it refers to a way of sharing information or sending an offer about a specific product, service or brand to your customers. Advertising is known and is characterized because its ultimate goal is to sell or achieve a conversion. There are several ways to advertise successfully but you have to be very careful how you do it. Otherwise, a campaign that is not well thought out and planned can damage the reputation of an entire company.

Read More:   How Is PPC Marketing Beneficial For Your Business?

As we already mentioned, not all advertising campaigns are successful and this is because they were not well thought out and planned. Below we will present a list with some of the examples in which the advertisements were about to damage entire companies.

The first example we have in this list is one of the advertisements of the Indio Cevenca, famous in Mexico. This is a Mexican brand that belongs to the Cuauhtémoc Moctezuma Heineken group and is popular among consumers of this drink for adults. In 2018, October to be more exact, the brand launched on its Twitter account a campaign titled “#OrgullosmenteIndio”. In this campaign, various influencers can be seen sharing photographs of themselves wearing a white t-shirt with the word “pinche” crossed out and instead the phrase “proudly India

In this country, the word “Indian” is commonly used in a derogatory way and has a worse way of seeing it if they also add the “pinche” (which is low quality, low cost or very poor). Although this campaign was intended to be an anti-racist advertisement, many users on social media complained that the t-shirt models were only white and none represented Mexicans.

This campaign was so frowned upon by users of the social network Twitter that the word began to spread among the members of the platform, they commented on it and it ended up becoming a trend in that country. The beer brand’s response to user complaints published a message stating that “We have always believed in United Mexico. We recognize diversity, regardless of skin color, we are all Mexican. Let us be proud of our roots, that our skin color is not used to discriminate, insult, or divide Mexico ”.

In 2018, the women’s lingerie brand Vicky Form, in celebration of the Russia Soccer World Cup, made an advertising spot that had little success and also became known as an example of bad publicity. In this commercial, women are personified as beings incapable of enjoying this sport.

The publicity begins with a wedding couple, the girl assures that her boyfriend is sick since he does nothing more than watch the games of said sport, to the point that he falls asleep in front of the television. After this scene, a group of scientists makes their entrance into the scene and, another make some analyzes of the house, they affirm that they have the exact solution so that both members of the couple, both the girl and the pooch, can enjoy peacefully the parties.

Read More:   Marketing Audit: How Should We Prepare?

His great solution to this problem is the manufacture of underwear with a technology that emits vibrations according to the plays of the game. Once the game begins to tense and the action begins, said underwear will begin to have vibrations that will give pleasure to the protagonist of said commercial. Thus both enjoy, in very different ways, the game that happens on television.

The strange reasoning of Vicky Form concludes that with the above both will be able to enjoy, because “There will be no one who complains about a good game and they will only wish the moment when someone will finish it”. The worst thing about the whole situation was that the owner of the brand assured that he agreed with the advertising and that he did not find it sexist.

One of the best-known examples that became known in recent years was the advertising campaign for the Pepsi drink with the model and renowned celebrity Kendall Jenner . In 2017 this company aired an advertisement that had a very poorly addressed message and that created a very bad reputation for the company for a while.

This advertisement lasted almost three minutes and we were able to observe many people from different parts of the world. Among them was Victoria’s Secret model, Kendall Jenner. The model is in the middle of a photo shoot in a building in a major city. From the window you can see a group of people in a peaceful protest to demand better rights for people regardless of their sex, skin color, race or sexual orientation.

Everything seems to be going well in publicity so far, even the model joins the peaceful protest. But what completely ruins this video and makes it an example of bad publicity is that the video ends with the model offering a can of said famous drink to one of the security officers. After this action, both people embrace and the protest comes to an end. This suggests, for many of those who complained after the commercial, that a drink can solve such important and serious problems in society as discrimination.

4. Gillette and the ad the haters didn’t get

It is well known that thousands of brands have started to join the #MeToo movement without ever having been any of that. This is a great step for the industry as it shows their commitment to society and how important their contribution to the world is.

Read More:   What is Lead Generation and How to Generate Leads Like a Pro

The men’s razor brand Gillette joined this movement and wanted to campaign that would demonstrate this cause as something to be proud of. However, the protagonist of the advertisement made us see as a warrior against toxic masculinity. It was very difficult for people to understand the message because it was poorly executed.

Various viewers criticized the brand because they thought that they were not the appropriate ones to carry this message, much less from the hand of men. Others assured that the publicity was not made for said company since they have never had a good image for the publicities and they have positioned themselves as the right ones to speak about this issue.

The American beer brand tried to make fun of the macho and nonsensical advertisements, but instead, they ended up running a campaign that was the opposite. They tried to be ironic and celebrate International Women’s Day by throwing a beer just for them with the pink packaging. They wanted to do this as a joke but were criticized by many people. The main reason everyone got angry with the publicity was because they were criticizing something, but they ended up doing the same thing as everyone else.

Users on Twitter were the first to go against these actions. they started making memes with their new drink and with the idea that they thought it was good for their campaign.

The American non-profit organization, United Way, decided in 1986 to launch 1.5 million helium-inflated balloons in the sky to call attention to the critical situation facing the financial sector in the state of Cleveland, in the United States. This was a beautiful advertisement that had many colors and was aesthetically well appreciated by the public.

However, the objective of this campaign, which began as something positive, ended up becoming a tragedy for many. The publication had very big consequences for the state.

Some of the consequences that were experienced for the inhabitants and tourists of the city was the cancellation of flights due to the fact that a large part of the balloons that were allowed to fly ended up on the airport runway. In addition, this aggravated the search situation for the bodies of fishermen in Lake Erie because the police cannot find their whereabouts because a large part of the balloons also fell in this area.

How to upload photos to Instagram from a computer

Brand Storytelling: what it is, examples and how to put it into practice

How Is PPC Marketing Beneficial For Your Business?

We Need to Get Started With Artificial Intelligence