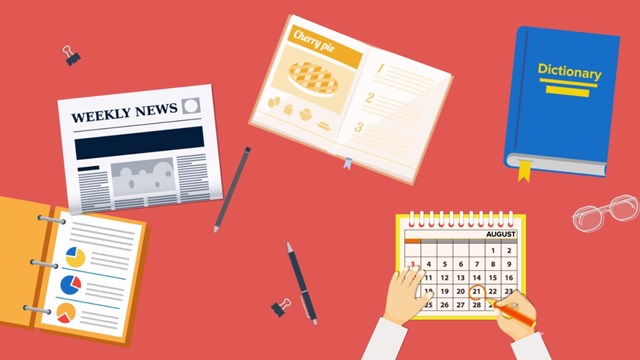 Texts are written documents that allow us to record all kinds of information. However, for a correct interpretation of its contents, it is necessary to be clear that each text responds to a different type, which means that it will have specific structural purposes and characteristics.

Even so, it is necessary to understand that the different types of text are almost never found in their pure state. Each type of text can resort to elements of another to achieve its purposes. For example, in a narrative text there may be elements of description. Let’s see then how many types of text exist and what are their general features.

Literary texts are those that are produced for aesthetic purposes. Through a connotative language, that is, through the use of a metaphorical language, stories, ideas, feelings and dialogues are exposed that work as symbols or allegories of deep realities, and that cannot always be explained through direct language.

Due to its aesthetic nature, the care of the form of discourse is essential in literary texts, which is why the most varied literary figures are often used: metaphors, similes, hyperbolics, paradoxes, onomatopoeias, etc.

Literary texts are classified into:

It refers to all kinds of fictional stories or symbolic stories. In this type of text, literary resources such as description, dialogues, etc. can be used in combination.

Its structure usually responds to a start, development, knot and outcome. Among the most common genres of narrative literary texts we have the following:

Lyrical texts are those that express feeling and ideas from the use of poetic language loaded with inspiration and enthusiasm, which is why the poem is its fundamental expression. Deliberate subjectivity is one of its characteristic features. Within the lyrical texts, there is a great variety of literary genres. Among them we can name the following:

Read More:   5 Techniques to Optimize Your Blog Posts For SEO

Non-literary texts are all those texts whose purpose is the transmission of information or the communication of messages or messages through a denotative language, that is, through a clear, direct and pragmatic language. Some of its types are:

Refers to the set of texts that are intended to characterize in detail a particular object, whether it is a person, animal, landscape, place, situation or thing.

They are those texts that seek to expose information, ideas and concepts clearly to the reader, either from a general or specialized perspective. As an example we can name the different entries of an encyclopedia. There are at least two types of expository text: informative and specialized.

Argumentative texts are those that debate ideas, theories and concepts with the purpose of expressing diverse opinions and points of view on the approach to certain topics. It has elements typical of the expository text, because before debating, you must present the reader with information on the topic to be discussed.

An example of argumentative text are opinion pieces, literary essays, and academic essays. Philosophical theoretical disquisitions can also be considered argumentative texts. For example, the book Criticism of Pure Reason by Immanuel Kant.

They are those intended to provide essential information on specific events or any matter of current interest. This type of text is essential in journalism, and can range from news of events to deep reports that help the reader to stay updated.

Scientific texts are those in which theories and concepts are developed and, in addition, they present advances on scientific investigations of all kinds, through a rigorous structure. They usually use specialized technical language, which distinguishes them from mere scientific news. They can combine elements of descriptive, argumentative or expository text, in addition to introducing specific elements such as the presentation of experimental results and the formulation of hypotheses.

It is a clear and precise text whose purpose is to provide information on methodologies and processes to apply scientific knowledge, as well as to provide working tools. For example: catalogs, manuals, instructions, etc.

Advertising texts are short texts intended to persuade the consumer to purchase certain goods or services. Its length is usually not greater than one sentence.

It refers to those texts of legal and judicial use, such as laws, sentences, purchase-sale documents, powers, constitutive acts, etc.

It refers to texts that indicate norms of behavior in the context of a certain institution, formal or informal.

It refers to the entire universe of texts intended to formalize communication within a given institution, which includes both its workers and the instances they represent, and the people who use the institution (clients, students, etc.). ). For example: requests, memoranda, management reports, minutes and minutes of meetings, records, etc.

By epistolary text is known letters or communications that are established between people. The purpose of a letter is to establish communication between two or more people who, for some reason, cannot communicate directly, that is, out loud. The letters develop content and appeal to elements of the narration and the exposition.

The epistle or letter can also reach an aesthetic end. Therefore, there is the epistolary novel. For example, Dangerous Friendships of Choderlos de Laclos. Some individual cards constitute, in themselves, a work of art. For example, the epistle “De profundis” by Oscar Wilde.

Digital texts deserve a special mention, since they suppose a different level of complexity due to their modes of production, their supports and the modes of reading they promote. In other words, digital texts use different codes but maintain the same language structures.

Thus, digital texts mean all kinds of texts that are used on the web, and these can have literary and non-literary purposes (like conventional texts), but they also go further.

Read More:   SEO and UX: why combining those concepts is a mainstay of digital strategies

There are different types of digital texts, among which we can mention:

They are those that have been written or digitized in a specific processor for it and that are recognized by the initials of the extension (doc, pdf, rtf, etc.).

In reality, these texts only differ from the texts printed on their digital media. Its content and use is conceived as that of a conventional printed text and is read that way (diachronic reading), despite being digitized. In fact, they do not need to be read online even though they can be found on the internet and downloaded from there.

Multimodal texts are those that use online editors and / or multimodal editors (that is, they integrate various functions). They can be classified into two types:

Intertexts are those that facilitate interpersonal communication and the exchange of content and information, which implies that the reader is both a generator of content. In the digital world, intertexts can be grouped according to the generation of the web. Let’s see:

Social Ads: advertising that is integrated into your day to day